COLA: A recipe for improving your pension

Cost-of-living adjustments can help preserve your buying power throughout your retirement.

This isn’t a guaranteed benefit, so you may not receive COLA each year, and the amount may change from year to year. However, once you receive an adjustment, it will be added to each component of your pension for as long as you are to receive them. For the basic pension, it's for the life of the pension. Future COLAs will then be added to the new value of your basic pension.

Each year, BC's Municipal Pension Board of Trustees (board) carefully reviews several factors to decide whether to grant COLA and, if so, its value.

Member and employer contributions and investment returns fund the basic account. You will receive your basic pension every month until you die. Depending on the pension option you choose, your named beneficiary may receive a pension benefit after your death.

The COLA is calculated using monthly rates from the Canadian consumer price index (CPI). Your plan uses the difference between September CPIs. With this method, the COLA is based on the percentage change between the current year’s September CPI and the previous September’s CPI.

Other BC public sector pension plans may use the annual percentage change in the average CPI. With this method, the COLA is based on the annual percentage change in the 12-month average CPI from one year to the next. Each year, that average, from November to October, is compared to the average for the 12-month period that came before it. The difference between the two 12-month periods becomes the COLA.

A cap on the amount of COLA provided has helped to maintain the long-term sustainability of funds in the inflation adjustment account so they are not used up faster than they can be replaced. That’s why the plan rules and funding policy specify that:

There will be no cap for 2023 through 2025. The valuation report showed that the plan can maintain full inflation adjustments over this period. The board anticipates being able to grant COLAs in line with the annual changes in the CPI. For example, the COLA granted January 1, may be the increase in CPI from the previous September to September. 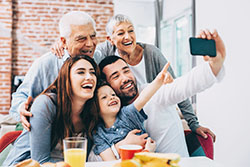 Every three years, the plan’s independent actuary (a specialist in financial modelling, the laws of probability and risk management), will assess the cap for the next three years and recommend the board adjust it if needed.

Although there is no cap on COLA during this time, trustees still have the discretion to provide a COLA that is less than the increase in the CPI from September to September.

How we calculate your pension

"A COLA helps your pension keep pace with increases in the cost of living."